3 replies to this topic

What is Galaxy Blitz?
- Galaxy Blitz is a Play-To-Earn combat strategy NFT game set centuries in the future as four unique highly evolved descendants of humanity fight for dominance in battles on both land and in space. Earn a variety of tokens via battles and resource farming as you lead your faction to galactic dominance!

From 22 July to 12 August, join the Open Beta for a chance to share a $100,000 PRIZE POOL rewards
- Available on Android & iOS (+desktop in the future), download from https://beta.galaxyb...nline/#download
- You won't need any NFT to earn during this time, it's Free To Play. 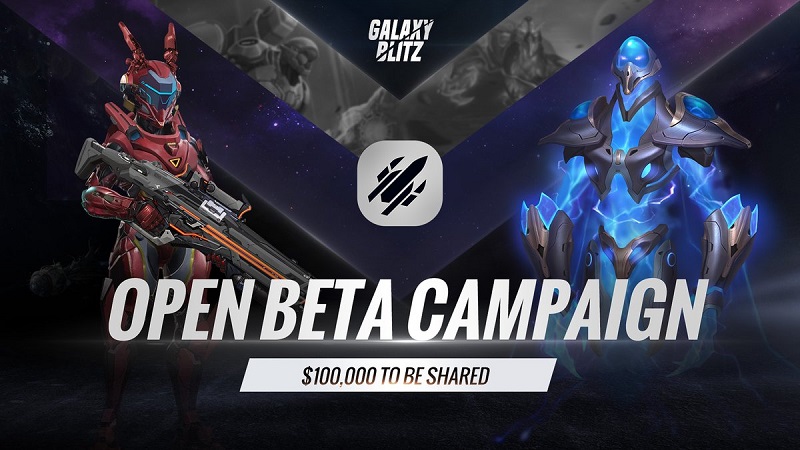 Friend Invitation Event
- For each friend invited to participate in the Galaxy Blitz Open Beta: if the invitee's main base level in the game reaches level 5, both the inviter and the invitee can get a reward of 5 USDT.
- The friend invitation prize pool is capped at 70,000 USDT, on a first-come, first-served basis.
>> If you want to join, my invitation code is 4D1G <<

Game Level Rewards
- The first players to upgrade the game base to level 8 can share the reward of 40,000 MIT equally.

PVE Battle Rewards
- The first 100 players to clear all the PVE levels will get a reward of 200 MIT each.

Rewards Distribution Time
- The friend invitation reward will be issued withing 24 hours after the event requirements are met
- Main base level rewards, PVP rewards, and PVE rewards will be distributed around August 19th.

Rewards Distribution Method
- Binded wallet users will have rewards issued directly on the chain.
- Traditional game users will have to claim rewards through the email sent to event[at]galaxyblitz.com

The information below is a summary of how the game could look like after beta:

What type of NFTs do Galaxy Blitz have?
- The main NFTs inside of the game are heroes, weapons and spaceships.
- They have 5 rarities: N, R, SR, SSR, L.
- There are several INOs (Initial NFT Offerings) upcoming on multiple platforms
- With NFT heroes deployed to the battlefield, the winning rate of the combat will
significantly increase

What are the in-game resources and how to obtain them?
Common Resources (these can be obtained by playing the game or buying it with $MIT):
- Star Coins
- Ice
- Titanium
- Gas

Rare Resources (these can be obtained only after staking MIT tokens):
- Hydroxyl and MIT 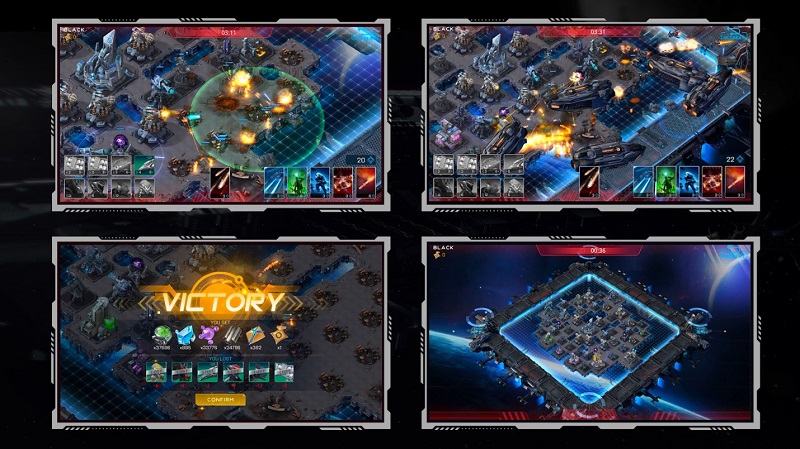 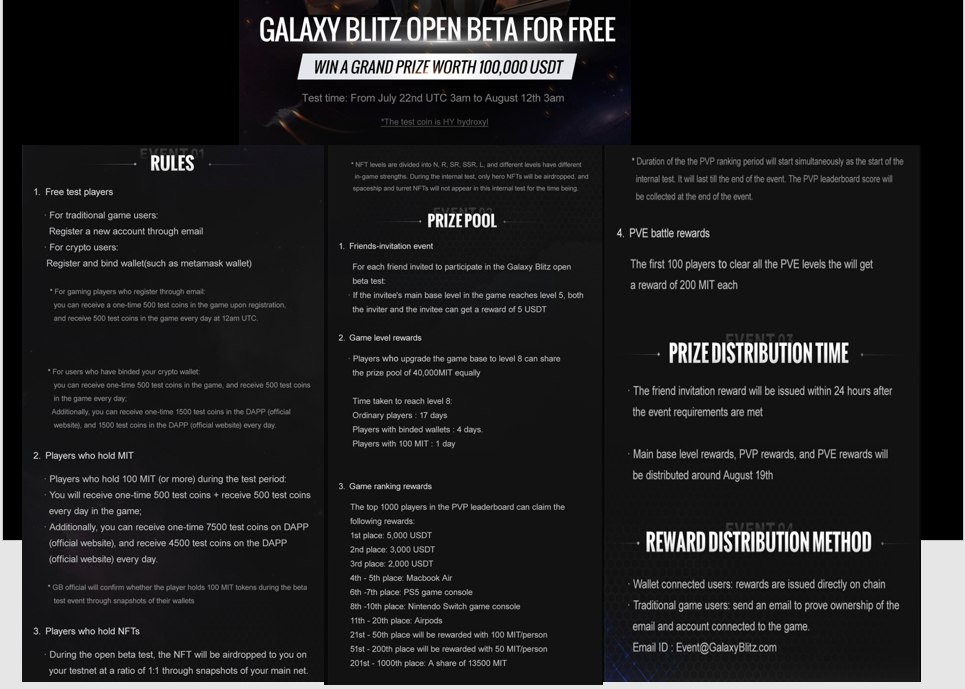 Extra steps to claim the additional Test Tokens (hydroxyl) for crypto users
- Register with email on app (enter an invitation code if you want to be eligible for the 5 USDT reward when your base reaches level 5, my invitation code is 4D1G).
- Go to marketplace from https://beta.galaxyblitz.online/ You'll be shown an option to link your wallet with email id... Link that with wallet.
- Click on settings in game and click on wallet. Your linked wallet should be visible here now. Click confirm.
- Next you need to add the BSC TESTNET network to your wallet.

On other news, I noticed that I already received the 5 USDT for reaching level 5 main base.
The USDT is on Binance Smart Chain (BSC) - mainnet.
Here is the batch transaction they sent: https://bscscan.com/...3885a58717557e9 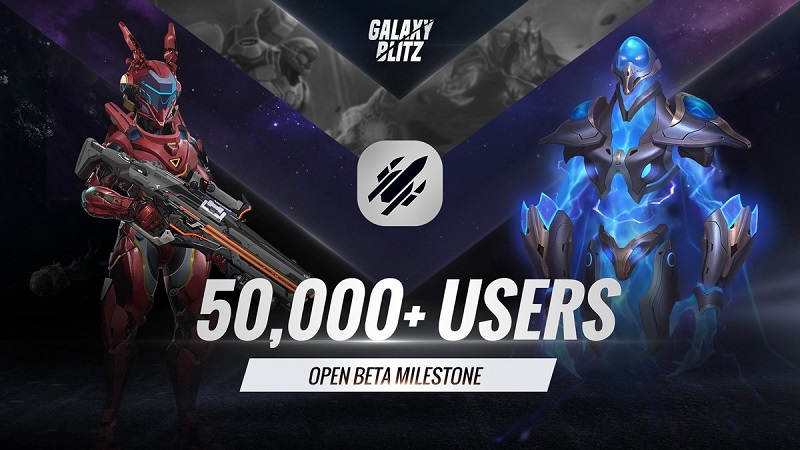 There are still rewards to be won for the other types of achievements.

Back to Program Threads

Also tagged with one or more of these keywords: play to earn, crypto, nft, gaming, gamefi, blockchain gaming

0 user(s) are reading this topic